The United Nations Secretary General, Mr Antonio Guterres, has called upon countries world over to consider opening up their tourism sectors but in an environment that is safe for visitors and workers.

According to Mr Guterres, tourism as one of the worst hit sectors in the world should be revived with a lot of safety standards so as not to spread the pandemic even more.

“It is imperative that we rebuild the tourism sector in a safe, equitable and climate friendly manner to ensure that tourism regains its position as a provider of decent jobs, stable incomes and the protection of our cultural and natural heritage,” Guterres said.

Following a surge in the coronavirus cases, several countries instituted lockdown measures to curb the spread of the virus some of which included closure of borders, banning gatherings and closes several tourism places, a move that has greatly affected the sector in those countries.

Uganda has particularly opened up local tourism but its only international airport and all land boarders still remain closed.

The sector, the country’s biggest foreign exchange earner contributed a record $ 1.6 billion to the economy in 2018, according that year’s sector performance report.

Projections are that with a continued lockdown, over 100,000 Ugandans could lose jobs and that there could be a drop of 1.7% in Uganda’s GDP.

The government has embarked on a massive campaign to promote the sector domestically with visitors to different places required to follow standard safety guidelines like wearing masks and social distancing.

The Uganda Wildlife Authority also announced this week that all the country’s National Parks had been opened up to the public.

In his statement, Mr Guterres warned that the impacts of the pandemic on tourism were already placing conservation efforts in jeopardy.

He said that according to several studies around the world, the sudden fall in tourism revenues has cut off funding for biodiversity conservation and, with livelihoods at risk in and around protected areas, cases of poaching and looting are expected to rise.

Furthermore, with 90% of World Heritages Sites having closed as a result of the pandemic, both tangible and intangible heritage is at risk in all parts of the world.

The best job ever: New documentary... 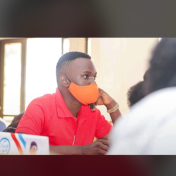